It got me up at

when I have a 9am coach to catch tomorrow, though 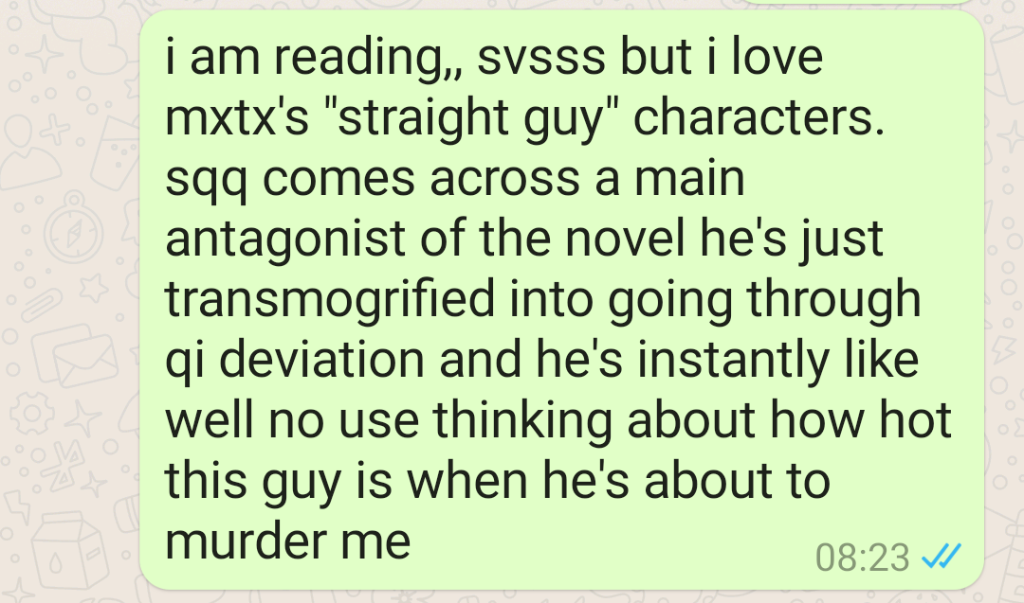 Lot of Drawfee consumption as background noise for internet browsing and Hearthstone as per. 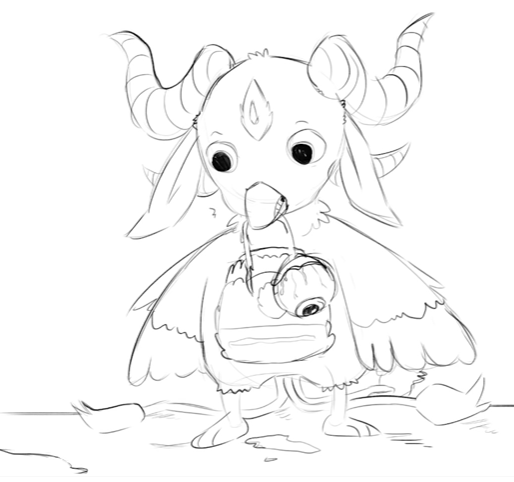 This guy from today's ep really stole the show.

I picked back up on SVSSS; I don't have plans to watch the donghua and this is the only MTMX novel I've been pulled to read (please don't think too hard into what about the novel could have caused this pull) and it is super funny - afaik this wasn't MTMX's first work at all, so obviously all the webnovel stuff feels very in-jokey and there's something really nice seeing in-jokes for an online ecosystem you are totally outside of but reminds you of online ecosystems you've been in. 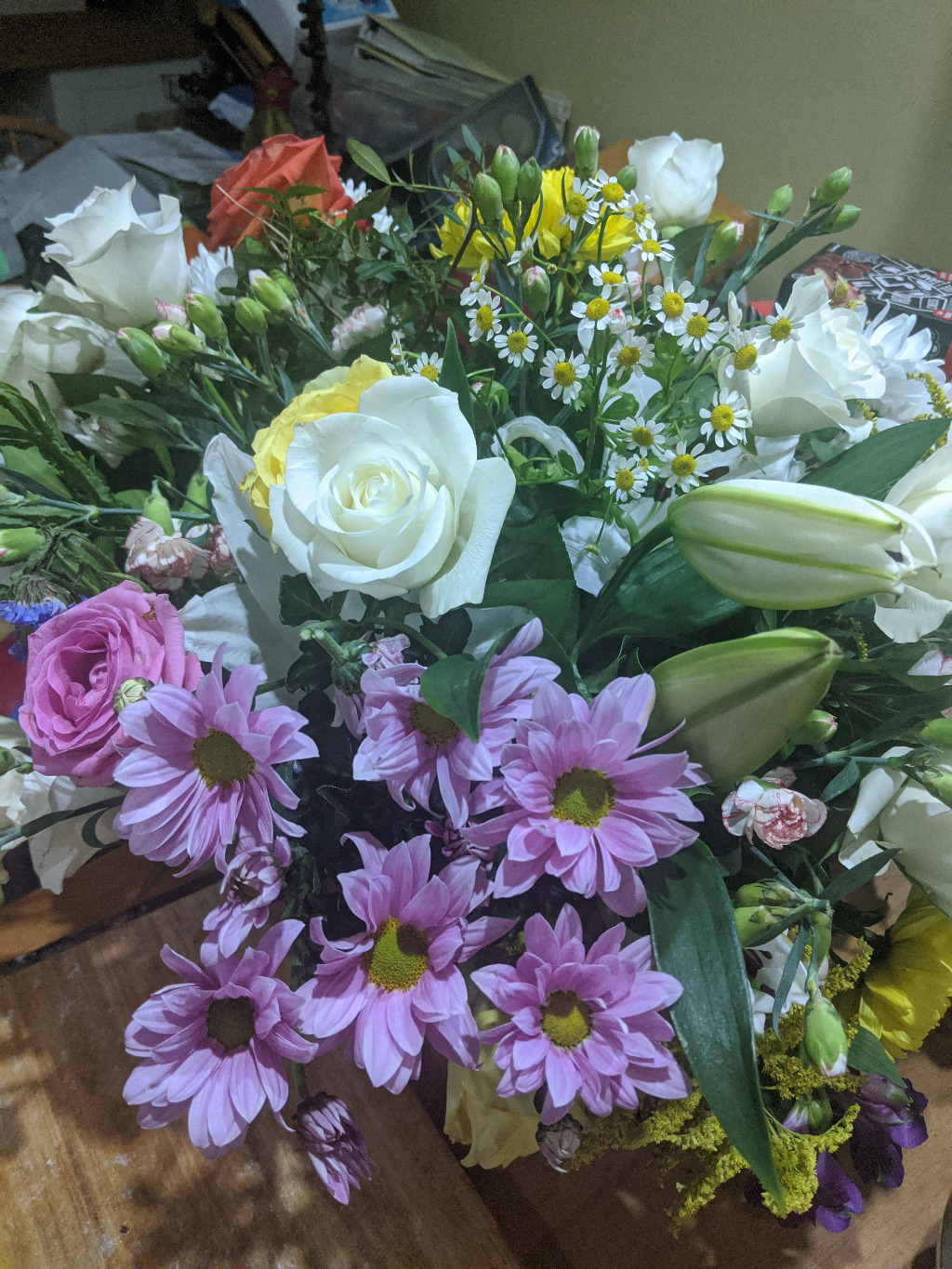 My mum was laden with flowers for [work milestone that I wish to be nonspecific about because I have designs on doing journalism work in her quite insulated professional field] so we took a Stick 'Em In A Mixing Bowl approach to arranging them.

She's not really a flower person, we both can be pretty badly affected by pollen, and lillies being in the bunch mean someone needs to keep an eye on the cats for a while, but the fact that the people who give the flowers care enough to do so is to me one of the biggest signs she's good at what she does, and I'm super proud of her for that.

Danny reblogged My Copycat, which ended up stuck on repeat for me as Hearthstone BGM for a bit.

Outside of Catallena I think most of the times I've listened to Orange Caramel it's via like, the Infinite F Bangkok City cover or various videos various Nu'est members dancing to bits of their title tracks - not that they're the only ways I've heard those songs, but the main way. You really can't say this unit didn't have A Sound, huh.

Me getting into the repeat grove did also inspire me with the idea of doing 'diary entries' focused on listening to that song during whatever period of the day on another multiverse account. Perhaps something to do if I have time after getting to my aunt's tomorrow. 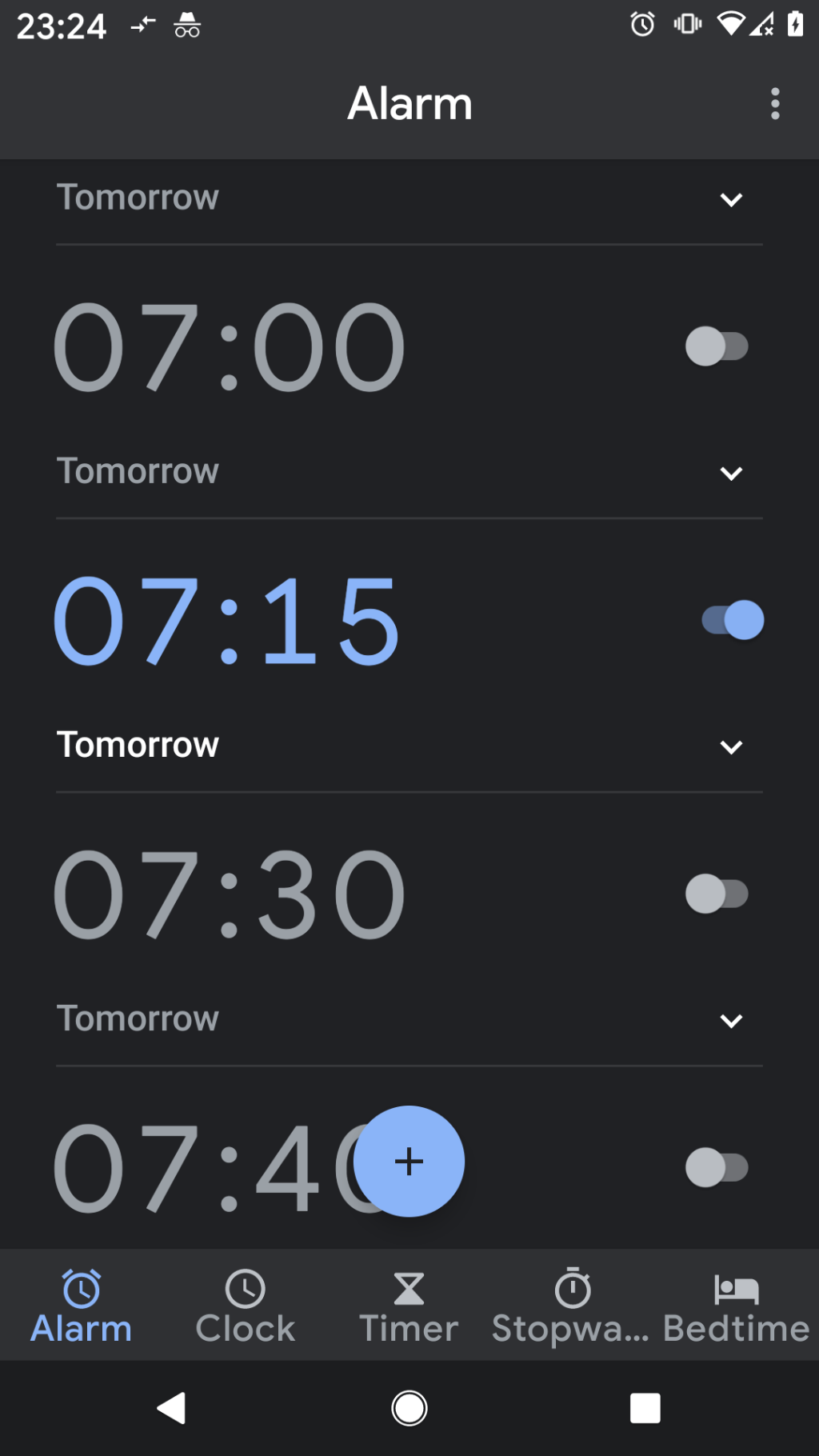 I'm very aware that pulling all nighters to "fix" my sleep schedule by then having a full night's sleep after does not...... do that. Turns out that if you've only had 11 hours of sleep in a week one night of 8 hours won't do a thing.

so what am I gonna do about it.

And now I'm very much risking undoing my good "sleep schedule fix" work by finishing this up at midnight and then having to wait for the Wi-Fi to blip back in.... I love to be a fool of the highest order.

(via 'Drawing Birds Based On Their Strange Names')