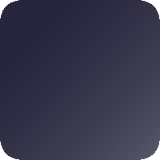 To me, this is a great broad term, as descriptive as it needs to be.

A tidy short form. Also interesting when it's lowercase.

For me and my personal, inward experience, "panromantic" affirms that it's not the gender that I care about in romance, it's the person.

I think it has a nice ring to it, but for some reason I wouldn't use it to describe myself. (Am I splitting hairs?)

The idea that a concept like sex, romance, or gender throws many people into a state of aporia resonates with me.

To me and for me, these terms are "fun." They remind me of furries, but I'm not part of any furry community or subculture, so that doesn't appeal to me. But freedom to be a masculine, feminine, or gender-neutral NB, in whatever sense fits you, definitely appeals to me.

*In the waking world, I go by any pronouns. As Metalheart, I prefer he/him.

Because I didn't grow up in a neighborhood where "queer" was a common slur, it doesn't have that sting for me and never did. It does have that sting for many others. Some are interested in reclaiming it, others are not. Also, many see "queer" as inherently white, or at least white-r. I wish I still had links to my sources on that. Anyway, I'm not interested in using these terms for myself, but not averse to it either. Sometimes "queer" feels like the right catch-all categorical term to me.

I would use these for myself if not for the "boy/girl," not because of gender binaries but because they seem "cutesy" to me. My high school self loves these, my current self does not. In general, if a term strikes me as "cutesy" I'll be repulsed by the idea of applying it to myself. Still, the feeling of being ambiguously or partially masculine/feminine appeals to me.

I understand why these words exist. But since the only people I've dated have been NB, I seriously wonder if using these terms would make them feel devalued. Is it equivalent to dismissing their genders? Is it like saying "I always saw you as a man/woman?" I know the terms are intended as a rejection of that, to focus on the aesthetics that the person presents. But is that to suppose that the physical form is all-important? It makes me uneasy. I just want to be ethical.

This post discusses my feelings on gender- and orientation-related identity terms. Most is positive or neutral but a little bit toward the end is soul-searching in a depressing way.

Again, it seems "cutesy" to me. So does the phrase "an enby." But giving "non-binary" a shorter and non-abbreviated form does have its merits.

I heard that this term is seeing use in Japan. I like it. I like the sound of it more than "agender."

I've decided to use this website as a journal about gender, and maybe related things too.

I like the idea of putting more gender-related narratives out there, especially into a mysterious corner of the internet where people might go specifically to find mysterious things.

(I've never thought of myself as the type of person who has to vent. But I'm typically not aware of my emotions until I'm actually expressing them...as if my body catches it before my mind.)

(and just today, I came into a classroom feeling fine but ended up leaving partway through to cry...)

But I guess I could also use it to vent.

I'm excited by the possibilities of a canvas-like blogging platform like this. (I came here via Yesterweb's zine.)

It's good to meet you!

note: I will put content warnings at the top of my posts, please skip if you need to