That is what I have been most curious about so far! 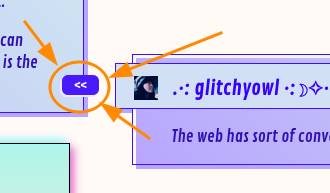 I have no idea if this is because of the under-documentation, or if it's exclusive only to the developers (links were also used at https://multiverse.plus/kicks/not-just-a-subreddit)

And I understand, Rome was not built in a day, and they still have to implement account settings like changing your name and stuff. I hope that they are doing alright, that's all. A good tap on the shoulder would be nice..?

Until then, I'll still have to deal with this off orange.

And contrary to my prior post, there IS a way to link! It's just a mystery, that's all!