A love letter to jred.net

Thanks for the memories 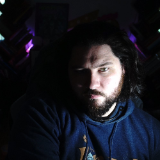 In 2008(?), my mom was at the hospital for some routine stuff. She was waiting in the lobby and happened to catch a segment on ABC on some strange thing called Myachi.

She bought a few for me and my siblings and gave them to us the following Christmas. My siblings (much older than me), were not all that interested, but for some reason, they found a spot in my brain and refused to leave. I took them everywhere. I'd go to theme parks and bust them out, showing off some moves and talking to anyone that wanted to hear about them.

I've been feeling nostalgic lately. The web these days is so big, yet so small. It's nothing like my early experiences with the internet. Those were defined by a niche hobby and a small web community.

WowBB was nothing like today's internet. It was a chaotic web forum, not even the best option for its time. It was full of security vulnerabilities (more on that later). But it had a strange charm - old pixel art icons and emoji, links for AIM and IRC, and a simple web interface for admin management. The marketing page for the site had a Miami Vice "Test Drive" image and a 3d folded image of the software. 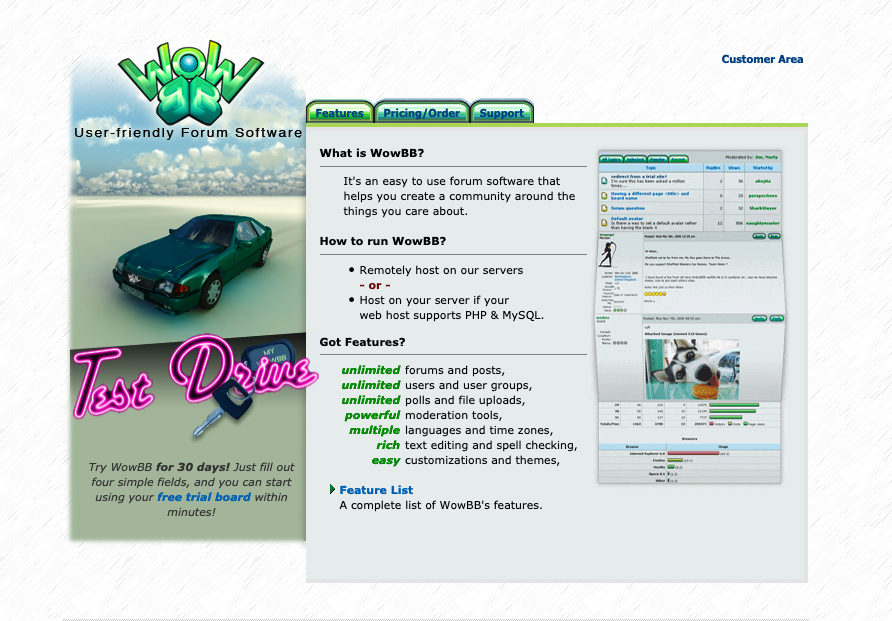 In short, WowBB was perfect.

* STWAKOJ : Spread the word and keep on jamming. A common phrase on the forums and a marketing strategy for the toy itself.

I joined the forums about a month after I got into the hobby with the username MyachiRevolutionist. 14-year-old me had grand illusions of getting involved in something and changing things up, kicking off a new golden era (or at least making a name for myself). I guess somethings never really change.

I'd spend hours on the forums, chatting with people, getting to know the moderators/Myachi Masters, people hired by the company to STWAKOJ*. Over time, I started helping out on the forums. The community grew and more mods were needed, so I worked to delete spam, keep the peace among the (fairly young) community members.

I started a "shop" for people to request custom avatars and I made them gifs in free photo editing software. I made custom emoji, usually editing some existing emoji to make what I wanted to add. I did bad video editing for my trick videos, badly overlaying low res videos with titles and The Killers songs.

At one point the forums got hacked. I didn't know it at the time, but it was the first instance of ransomware I'd ever see. Some random person broke into the site using a vulnerability in wowBB and "extorted" the site to add his ads to every page. He locked things down for a bit, but I managed to get his contact information and emailed him. I wasn't any older than probably 15 at this point, but I told him what he wanted to hear. He wanted his ads to stay up. I told him we would keep them up if he could tell me how he broke the site. He told me, I locked him out and deleted his ads. I think he just wanted someone to know how talented he was.

I learned PHP to make changes to the site. I hardened the server to make it less vulnerable to attacks. I decided I wanted to get into Computer Science because of jred.

Many of the posts I made there have been lost to the ether. Many of the friends I made I'll never speak to again.

The company doesn't exist anymore as much as I can tell. New "handsack" companies have sprung up (I've just bought a Flop Ball, to see what the community is like today).

We build websites that all look the same.

I keep looking for that feeling of community I had back then. Perhaps I'll find it here.

We make posts on a 5 apps, half of which are screenshots from the another of those apps.

There isn't much more to the story. I became a software engineer. I still have some of my Myachis. I've reached out to the relatively small handsack community on Reddit, but I can't help but think that we've lost something integral to the web.

The OG forum members grew up and went to college. The domain expired. Today all that is left is a few pages archived on the Wayback Machine. I've pulled as many images off of there as I could. They are the ones you've seen through this post.

The new website they built sucked. It was very "Web 2.0" - basically a very specific Facebook groups clone that worked terribly and lost all of the character the forums had.

In the end, the site shut down shortly after the company paid a ton of money to get a "official" community application built. The management of the company pushed out a bunch of the Myachi Masters and the community started to slow down.

I learned there was an online community - an old wowbb forum setup by some of the people in the community where people posted trick videos, chatted with other hobbyists, and made up new moves.