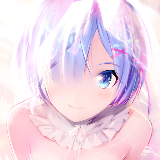 I think I've decided that I want to be a fortune teller for money. I definitely know what I need the money for. More sooner than later, I want a brand new laptop and tablet. A new phone is the goal for next year. It would be great if I could also find a better phone service so I could get off boost mobile, but that's more desired but not required.As much as I enjoyed doing remote sex work, I don't much care for men, and sex work is very much a male dominated clientele. There are a lot of sex workers that don't care for men, and they're definitely using the patriarchy to their advantage. I'm more the type that would rather and have nothing to do with people that I don't like. Not to say I won't read men's tarot, I'm saying I don't want to work in a male dominated clientele field.

Shortly after I moved to Minneapolis, I want to be a bike mechanic because it's a very lucrative business here. It's also possible to be a traveling bike mechanic. It's not like biking repairs are going to go anywhere.I've also recently opened up guilt-free sex ed, kink, and transgender talk spaces. Very unprofessionally and non-medically, of course. I don't have any degrees or certificates. Nothing illegal will be discussed.Everything will be done online, of course.💡